When I arrived at the 4th floor Spa and Fitness center at Harrah’s Las Vegas and brandished my Diamond Card to gain access, my expectations of a mediocre gym experience were quickly squashed. In fact, I was about to enjoy a rigorous workout in a well-appointed, clean, and spacious fitness center with a view.

One thing that will annoy me about resort fitness centers the most is lack of windows or windows that face inner corridors. Not a problem here! One side of the fitness center is floor to ceiling glass facing the pool. 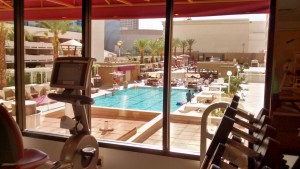 Free weights galore! When compared to other hotel gyms, it’s safe to say Harrah’s is well-stocked. When a resort fitness center has a free weight squat machine, I’d land it squarely in the upper 1%. 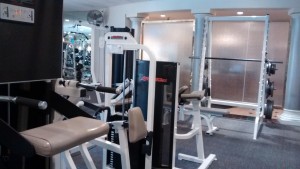 I found the cardio machines to be pretty typical of high end resorts. The touch screens on the treadmills were obviously newer technology but lacked the Direct-tv of the wall mounted screens and seemed to only use local cable (and was fuzzy). That’s ok though, they were all lined up in front of the pool. 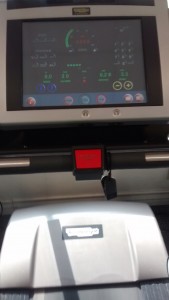 The fitness center did not lack for the standard amenities of resort gyms such as a cold water cooler, available towels, and available energy drinks for purchase. However, I would have to say I’m a little spoiled by the trend of many resorts for citrus flavored (or other flavored) ice water which was lacking here. Ok, doesn’t really deserve a point deduction I suppose.

The spa included one Jacuzzi which got a little crowded while I was there and a wet and dry sauna. It also included the standard private showers and freely available bathroom supplies such as razors and deodorant.

One thing that seemed to be lacking was an attendant. I saw a guy running around the fitness center and bathroom but he never greeted me or offered me a robe (which I could not find). It may have been due to the fact I did not purchase a spa treatment and was only there for the fitness center, or the attentive service of a spa attendant may not have been standard here. 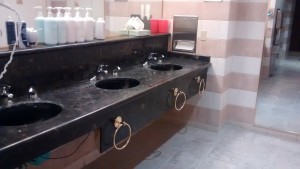 Harrah’s has long been known as one of the better deals on the strip and the fitness center is a shining example of why that is so. If you were to take the Harrah’s fitness center and plop it into a Las Vegas Strip resort that cost 3 times as much, it would not feel misplaced. 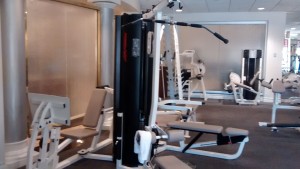 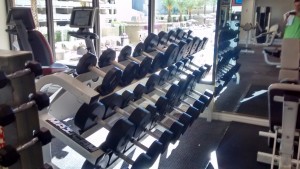 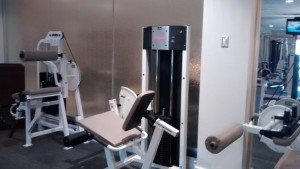 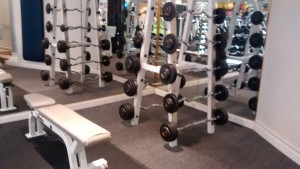